The nation was shocked when on Thursday news broke that police in the United Kingdom arrested Senator Ike Ekweremadu, and his wife, Beatrice Nwanneka Ekweremadu, for conspiring to bring a child to the UK for organ harvesting.

The story also commanded great attention within the UK and beyond.

London Metropolitan Police charged the Ekweremadus with conspiracy to arrange/facilitate travel of another person with a view to exploitation, namely organ harvesting, a charge that adds another dimension to the stigma of trafficking which has trailed Nigerians for years.

Probing deeper into the emerging story, a source familiar with the matter, who spoke to Channels Television on condition of anonymity, said Ekweremadu’s child has been suffering from a kidney disease and needed a transplant.

The source said a donor was gotten and sent to the UK for investigation with the aim of providing a kidney. However, the source said the kidney did not match that of Ekweremadu’s child.

Subsequently the donor was scheduled to return to Nigeria but the individual refused to return and instead reported to the UK police to seek asylum, a situation which then warranted the arrest of the lawmaker and his wife.

Arraigned before a Magistrates’ Court in Uxbridge, the Ekweremadu’s pleaded not guilty to the charges which Magistrate Lois Sheard termed ‘serious allegations’ before adjourning the case until July 7.

The couple were remanded in custody ahead of their hearing next month, while the ‘child’ at the centre of the storm has been safeguarded even as police continue working closely with partner agencies to get to the root of this matter.

While investigations are ongoing, here are six burning questions on the minds and lips of many all over Nigeria and across the world. 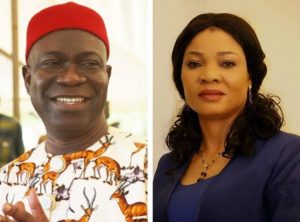 1. Who is the donor and who are his/her parents?

Perhaps the most important key to this drama is the said child who is supposed to be the organ donor, and many have wondered who really he or she is.

While the police would do everything to protect the child (a minor) especially as inquiries are intensified, one begins to wonder who and where are the parents, guardians or relatives of the individual, would they surface soon and speak up in the matter or would the fear of a backlash keep them in the shadows.

2. Is organ donation/transplant a crime in the UK?

The straight answer to this is No! However, the process of organ donation and transplanting have legislations that guide them and these legislations slightly vary in England, Scotland, Wales and the Northern Ireland.

Most of the inherent issues regarding organ transplant and donations have been handled by the National Health Service (NHS).

And while the issues surrounding organ and tissue donation are varied and complex, there are a few terms that one must understand and they give clarity to how the process works.

It is imperative to note that at the centre of all the debates regarding donation and transplant is the central theme of “Consent”.

The first terms one needs grasp in this argument is the “opt-in” and “opt-out” options which refer to the different legal systems which govern how people consent to donating their organs and tissue after death.

Within the “Opt-In system people can choose to make organ and tissue donations after they have died, a person could do this by signing up to
the organ donor register or by telling a family member what they would want to happen after their demise.

However, in the case whereby a person has not made their decision on donation clear during their lifetime, a close family member would
normally be approached by a specially trained professional to make a choice about donation.

In the “Opt-Out” system which sometimes is called a system of “presumed consent” or “deemed consent”, people are presumed to have given their consent to organ and tissue donation after death, unless they have actively recorded their decision to opt-out on a formal register.

In practicality, all adults in England are now considered to be organ donors when they die, unless they have recorded a decision not to donate or are in one of the excluded groups.

The excluded groups include (People under 18, people who have lived in England for less than 12 months or who are not living there voluntarily, and people who lack the mental capacity to understand the new arrangements and take the necessary action).

3. Did the Ekweremadus obtain consent and from who?

Bearing the above in mind, the next question becomes, did the Ekweremadu’s obtain consent from the donor? Was the donor eligible to donate or does the individual belong to the excluded group?

Whose consent did the Ekweremadu’s get before proceeding with the plan for an organ transplant with an individual who does not reside originally in the United Kingdom.

Perhaps these are questions that can only be answered if relatives of the individual involved come out to speak on the matter.

4. How was the consent obtained and what authorities were informed?

If consent was indeed obtained as claimed in some quarters, then how were they gotten and what is the proof that indeed the individual voluntarily gave themselves up to donate their organs.

It must also be noted here, that one of the principles guiding this process is that there must not be any form of monetization, in essence, a person is not to be induced by financial gains before they agree to donate an organ.

Paid organ donation is a crime and as such a person who alive is more likely to be allowed to donate an organ if they are related to the sick individual directly, tied by blood, or if they can prove beyond reasonable doubt that the reason they are donating is not financially motivated.

It also does not end at obtaining the consent of the individual, one would need to alert the appropriate authorities regarding such a procedure and when it involves countries, then it becomes very imperative that the appropriate agencies in both governments are kept abreast regarding the donation and transplant as to ensure that no laws are infringed.

5. If the donor was underaged how did he/she obtain a falsified international passport?

In a nation like Nigeria, one would think the answer was quite simple, especially because of the calibre of the individual involved.

But, this question really raises a lot of doubt and calls for an investigation that could see heads roll even within the Nigeria Immigration Service (NIS).

If established that the donor in the Ekweremadu’s case is indeed a minor, and his/her passport was falsified, then it really calls to question all that the NIS boasts of and the trust vested in the service, especially in this time when there are links between international passports and the National Identification Number (NIN).

6. What legislation does Nigeria have regarding organ donation?

While one is tempted to out-rightly say that Nigeria has no legislation regarding organ donation and transplant, it is safer to say that the nation has a National Health Act, 2014 which contains many loopholes and does not cover the full scope of the practice in our world today.

The nation currently lacks a national registry for organ donation or transplantation, and that is also another issue that needs to be fixed.

Below are excerpts from the Health Act of 2014. Looking at them, one wonders if having studied the clause, Senator Ekweremadu believed he was well within his right to move on with the process, not giving it a second thought and weighing the laws of Nigeria against what is obtainable within the United Kingdom. 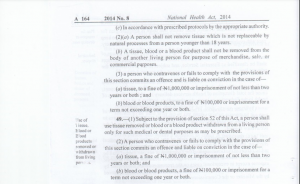 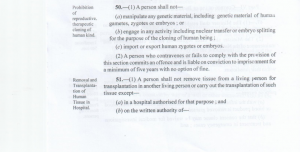 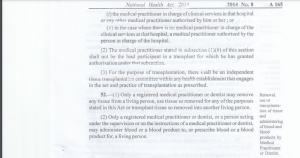 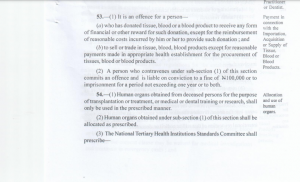 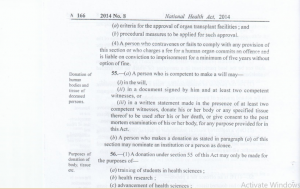 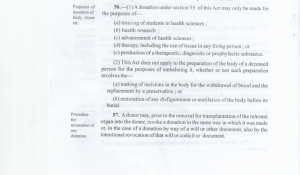 There are more people waiting for organ and tissue transplants across the world than there are donations and while many may try to facilitate the process, still there are rules that must be obeyed.

The donation of organs and tissue after death helps to save thousands of lives every year, but these donations must be done through proper channels.

Ekweremadu’s situation is a very dicey one and before the case is resolved, then most of the issues raised above have to be properly understood and the questions have to be answered even as we wait for the verdict on this international matter that again calls us to question some of our practices and laws in a bid to ensure they are up to the best of standards.

by admin time to read: 6 min 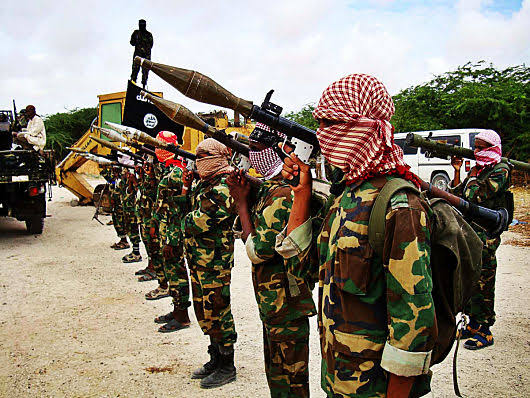 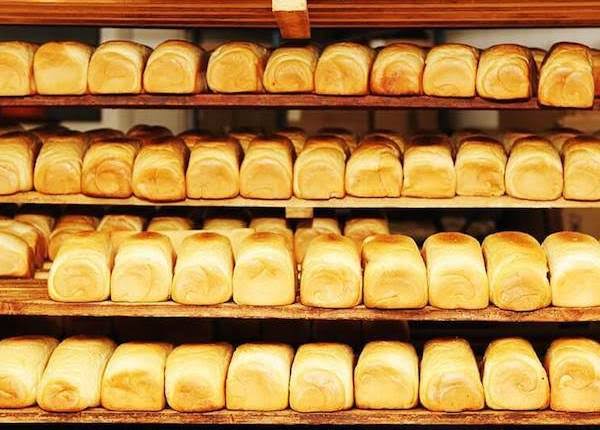