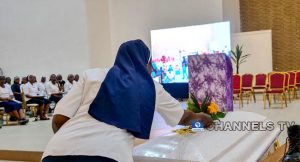 The Ondo state Governor Arakunrin Rotimi Akeredolu in an emotion laden voice at the mass burial of the victims of Owo Catholic Terrorist attack said thus;
“I am here to say nothing else but to accept the responsibility that our security has failed all
these people lieing here.It is not that we are not trying but the evil ones have backing,
Akeredolu lamented”

A nun is seen placing a bunch of flowers on a casket during the mass funeral held in honour of the worshippers killed at the Mydas Event Centre in Owo, Ondo State on June 17, 2022. Channels TV/ Sodiq Adelakun.

It’s a solemn day in Owo, Ondo State as the victims of the deadly attack on St. Francis Catholic Church are laid to rest in the town.

This followed a funeral mass held on Friday in honour of the victims whose remains had been deposited at the morgue of the Saint Louis Catholic Hospital in Owo.

After the funeral mass is completed at the Mydas Event Centre in Owo, families of the victims will take the remains of their loved ones for burial in the town.

Ondo State Governor, Oluwarotimi Akeredolu, and a former governor of the state, Olusegun Mimiko, were among the dignitaries present at the mass.

No fewer than 40 persons were killed in the attack which has received wide condemnation across the country.

Some of the highpoints of the funeral are captured in the photos below: 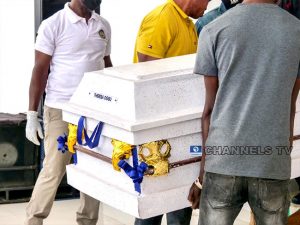 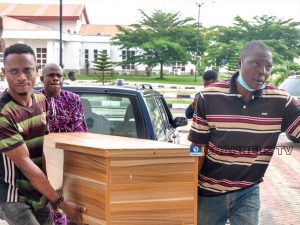 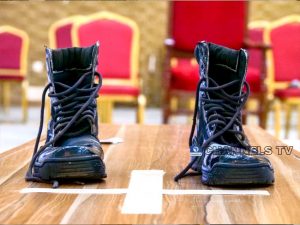 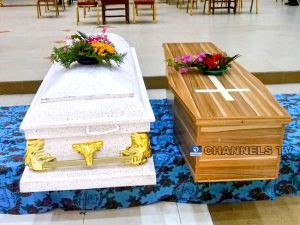 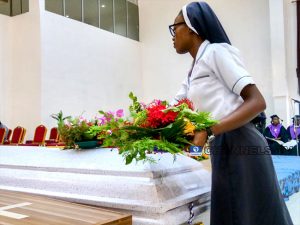 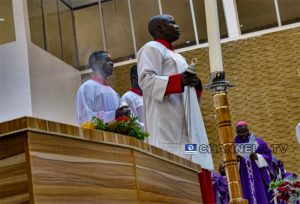 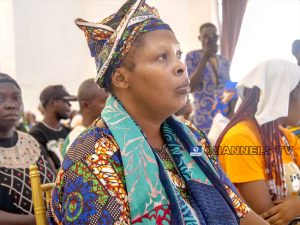 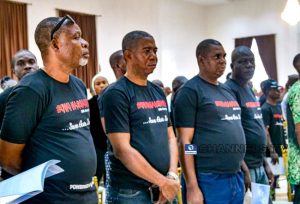 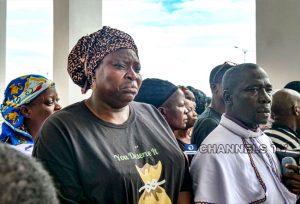 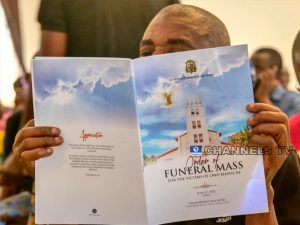 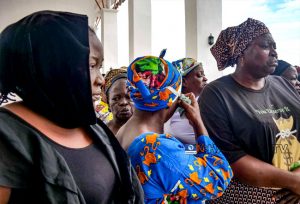 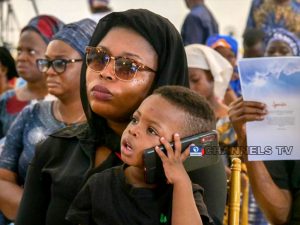 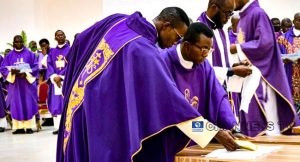 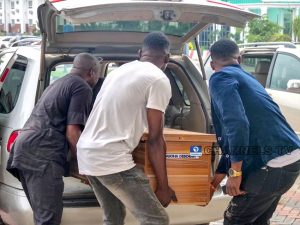 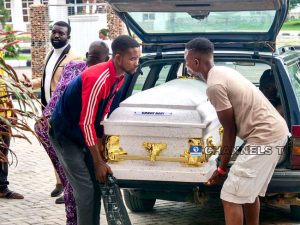