With tears on my pillow and pains in my heart I bid you farewell Madam Mary Okereke Arisi. Your life was cut short by the unscrupulous elements. But, you will remain a Heroine and a Martyr of our time. You will remain evergreen in our hearts.

You were raped to death on 28th December, 2019 by Laulo Isa, a 20 year old Fulani herdsman, a boy young enough to be your grandson. But, the system that supposed to protect you failed you.

You were raped to death. The leaders that supposed to represent you failed you. The council boss is from the same Community with you. The governor is from the same Local Government Area with you. They promised to “follow the matter to a logical conclusion”. Another empty promise as usual because sixteen months after, nothing has been done by them. 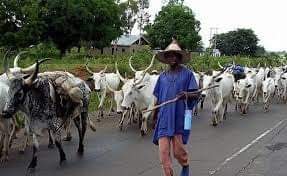 Just yesterday, 30th March, 2021, as we were preparing for your wake keep. Your killer, Laulo Isa and his other Fulani herdsmen went to Ishielu LGA and killed over fifteen persons across three Communities.
That your killer and his cohorts are still walking freely on the streets of Ebonyi State is a prove of the failure of the system that ought to protect you. 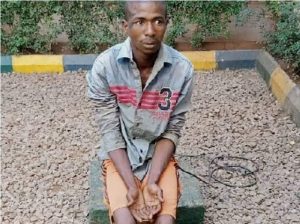 That your killer and his cohorts are still walking freely on the streets of Ebonyi State is a prove of the failure of leadership that ought to represent you. Many months after your death and death of many others, our leaders are still as confused as ever. They are still sounding like broken record, “this is barbaric, we will follow the matter to a logical conclusion”. Endless, empty promises.
Our Heroine and Martyr, Madam Mary Okereke Arisi, as you go home today, from my wet pillow and painful heart I bid you farewell, fare thee well!
Our system may have failed and disappointed you. Our leaders may have failed and disappointed you. But, God does not disappoint.
Your killer and his cohorts shall know no peace. They will definitely pay for their actions. God will avenge your death.
Farewell, goodbye and goodnight!