The Body of Benchers on Thursday called 1491 successful Applicants from the Nigerian Law School to the Bar, as qualified and eligible legal practitioners under law.

The Applicants who were successful in the May Bar Finals were presented for call by the Director General of the Nigeria Law School, Prof Isa Chiroma, SAN.

Presenting the Applicants, the Director General stated that 2299 persons had applied while 1491 persons were successful, thus amounting to a 65.42% success rate in the Law School.

In his report to the Body of Benchers (BoB) during the colourful ceremony, Chiroma said that with the current security tension in the nation, all threats to the Nigerian Law School, have never and will never see the light of the day. He however, noted that the Council is not leaving any stone unturned, as security had been beefed up around the Law School for adequate protection. He equally appreciated the heads of the Nigerian Law Enforcement agencies, for their support towards the protection of the Law School.

Chiroma stated that the Nigerian Law School had contributed to the training of the legal manpower of sister African countries such as Gambia, Sierra Leone, and Cameroon. He stated that NLS had made the most, despite the limited resources at their disposal.

He appreciated graciously, the intervention Governor Nyesom Wike, who built a Law School Campus in Port Harcourt, Rivers State which will soon be commissioned and handed over to the Council of Legal Education, NLS. In lieu of this, he expressed his gratitude once again to President Buhari, Governor Wike, and the Attorney-General of the Federation, Abubakar Malami, SAN for making this possible. He also thanked the class of 1986 of Nigeria Law School, for the building and commissioning of twin moot courts for use in the NLS, Headquarters, Abuja.

On this note, the Director General went on to present the 1491 candidates for Call to Bar, attesting to their good performance. He congratulated the new wigs and their parents and guardians, and charged the new wigs to take good advantage of the opportunities in the legal profession, as well as ensure strict adherence to the ethics of the profession.

He went on to present the list of the 1,491 applicants to the Chairman of the BoB, Chief Wole Olanipekun, SAN who called them to Bar.

“By the powers conferred on the BoB by Section 3(10) of the LPA, and by the powers conferred on me as the Chairman of the Body of Benchers by Regulation 16 of the Body of Benchers Regulations, 1983, I admit the 1491 students wherein present as Barristers and Solicitors of Supreme Court of Nigeria. You may put on your wigs”, Chief Olanipekun pronounced.

This website uses cookies to improve your experience while you navigate through the website. Out of these, the cookies that are categorized as necessary are stored on your browser as they are essential for the working of basic functionalities of the website. We also use third-party cookies that help us analyze and understand how you use this website. These cookies will be stored in your browser only with your consent. You also have the option to opt-out of these cookies. But opting out of some of these cookies may affect your browsing experience.
Necessary Always Enabled
Necessary cookies are absolutely essential for the website to function properly. These cookies ensure basic functionalities and security features of the website, anonymously.
Functional
Functional cookies help to perform certain functionalities like sharing the content of the website on social media platforms, collect feedbacks, and other third-party features.
Performance
Performance cookies are used to understand and analyze the key performance indexes of the website which helps in delivering a better user experience for the visitors.
Analytics
Analytical cookies are used to understand how visitors interact with the website. These cookies help provide information on metrics the number of visitors, bounce rate, traffic source, etc.
Advertisement
Advertisement cookies are used to provide visitors with relevant ads and marketing campaigns. These cookies track visitors across websites and collect information to provide customized ads.
Others
Other uncategorized cookies are those that are being analyzed and have not been classified into a category as yet.
SAVE & ACCEPT
Law

Body Of Benchers Holds Call To Bar For Over 1,000 Lawyers (Thisdaylive) 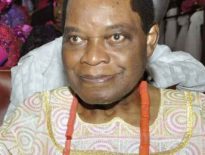 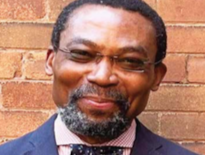 Law A Much Overdue Impetus for Change in the Administr…
0