The governor of Akwa Ibom State,Udom Emmanuel, on Saturday received over 20,000 defectors from other political parties into the People’s Democratic party across the State.

He assured that all defectors will have a sense of belonging in the party.

Emmanuel, who stated this in his country home in Onna Local government while fielding questions from newsmen shortly after the Awa Iman Ward 1 PDP meeting, at Awa Iman Civic Centre, described the move as an indication of the party’s dominance of the state.

He tasked party faithfuls and stakeholders of the PDP across the 329 wards of the state to embrace and integrate the returning politicians back to the fold.

Emmanuel said, “We are holding ward meetings to look at our ward structures, to do a review and also receive decampees.

“In all the 329 wards of the State we are receiving returnees to the party. 20,000 people returning to the party and there’s no way we could have done that at one location.

“What we are doing today is also to reassure the people that this is a PDP state and that we are ready to hold the ground and win the game.

“You can see that the who-is-who in the ward is here and as a party man I have also come down to my ward because nobody is above the party.”

Speaking earlier, during the party meeting, the governor charged party faithful to be committed and steadfast in the party to show cause for trust.

He also assured those who participated, but could not win, in the just concluded party primaries of inclusion in governance.

Emmanuel said, “In any election, one person has to emerge because there is only one seat to occupy, but all hopes are not lost for the others.

“Government is large enough to accommodate diverse interests. In politics it is necessary to build trust. Be steadfast so that you can be trusted”.

Speaking on behalf of defectors from the APC in Onna, a former Vice Chairman of Onna Local Government Council and Chapter Secretary of the APC, Hon. Julius Okon, said his defection to the then ACN and subsequently the APC followed his close ties with some persons on the other side of the political divide and a seemingly promising future.

He said he has chosen to return, with the main structure of the APC, to the PDP where he had been a foundational member.

Hon. Okon appealed to the governor and the leadership of PDP to protect his interest and other defectors in Onna LGA, adding that their return to the PDP was in earnest, to “identify with the obvious and laudable development strides of the Governor Emmanuel led government and to support his succession plan”. 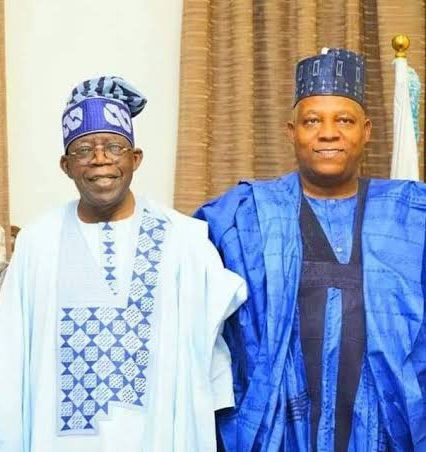