The World Bank has raised an alarm that more people in Nigeria and its Sub-Saharan Africa (SSA) neighbours are likely to fall into extreme poverty.

The bank cited Russia’s military operation in Ukraine as one of the factors driving up global inflation in a newsletter titled ‘June 2022 Global Economic Prospects’. 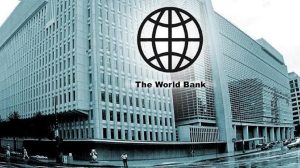 The report said four in 10 Nigerians live below the poverty line, and that many more are at risk of “falling into poverty and becoming food insecure”.

It read in part, “Growth in SSA is projected to decelerate from 4.2percent in 2021 to 3.7 percent in 2022, as high inflation and policy tightening weaken domestic demand. The growth deceleration in major trading partners is compounding these headwinds.

“Growth is projected to firm slightly to an average of 3.9 percent in 2023-24, assuming further progress with pandemic containment, favorable terms of trade in commodity exporters, and a gradual easing of global food price pressures.

“Although forecasts for both 2022 and 2023 have been unchanged—mainly on account of upward revisions for Nigeria—regional growth excluding the three largest economies (Angola, Nigeria, and South Africa) has been revised down by 0.4 percentage points this year. This reflects slower-than-expected growth in 30 countries, or over 60 percent of SSA economies, which together account for more than one-quarter of the regional GDP.

“Similarly for 2023, excluding the three largest economies, SSA growth has been revised down by 0.4 percent since January. High inflation is anticipated to depress real incomes and domestic demand across the region. The accompanying increase in poverty is especially concerning in countries where many people are already at high risk of falling into food insecurity (Democratic Republic of Congo, Ethiopia, Liberia, Madagascar, Nigeria, Sierra Leone).

“The growth slowdown could also intensify pandemic-induced losses in per capita incomes. In about 45 percent of the region’s economies and a half of its fragile and conflict-affected countries, per capita incomes are forecast to remain below pre-pandemic levels in 2023. Only about 40 percent of SSA economies and 39 percent of the region’s fragile and conflict-affected countries were expected to be in this position in January. SSA as a whole is now expected to remain the only EMDE region where per capita incomes will not return to their 2019 levels even next year.

“In Nigeria, growth is projected to edge up to 3.4 percent in 2022, but will soften to 3.2 percent in both 2023 and 2024. Stronger growth this year reflects support from elevated oil prices, the further recovery in agriculture and manufacturing, and structural reforms (for example, the Petroleum Industry Act of 2021). Production challenges in the oil sector are expected to persist, weighing on growth. The recovery in non-oil sectors is envisioned to continue, although shortages of fuel and higher food prices would restrain growth. Four in ten Nigerians live below the poverty line, with many more at risk of falling into poverty and becoming food insecure. Increases in food prices would further erode domestic demand.

“Across the region, surging food and fuel prices are expected to reverse recent progress in poverty alleviation, especially in countries where vulnerable populations are sizable (Democratic Republic of Congo, Nigeria), and dependence on imported food is high (Benin, Comoros, The Gambia, Mozambique). Food imports represent about one-fifth of total SSA imports and 6 percent of GDP—over 10 percent of GDP in small and tourism-reliant SSA economies—higher than about 4 percent of GDP in other EMDEs.”