The Presidential ambition of Peter Obi has continued to recieve a boost as a man whose name is yet to be ascertained as at press time donated a campaign office in Gombe State to Labour Party, While another man donated a hotel in Abuja on the condition that any any Labour Party member or Peter Obi supporter who is with his Permanent Voters Card ,PVC is free to attend any meeting converged by Obi supporters from 8:am to 9:am daiy from today till the election day.
As always Labour Party movement in their Twitter handle at @NgLabourParty revealed in their tweet now
“NEXT week i will make a personal sacrifice to help Nigeria. I will donate my DUPLEX
at OKIGWE Road, Owerri to @PeterObi’s Labour Party. I Will also mobilize One million
persons to march in support of Peter Obi”.
@ChuksDan
#PeterObiForPresident2023
While many critics of Peter Obi keeps on referring to him as Twitter President because of their eronous conclusion that his supporters are on social media without PVC.

But one thing is certain that no politician in Nigerian political history has ever evoked the type of organic support that is being commanded by Peter Obi now across the country.

It is becoming obvious that Peter Obi organic support is being empowered by the youths as coordinated by the TakeBackNaija Movement which is the same body that spearheaded the #Endsars movement against Police Brutality and Extortions. A movement that was quelled by bullets and thugs unleashed by the APC regime on patriotic Nigerians who were on peaceful protest accross the country; particularly the massacre at Lekki Tollgate, Lagos on 20/10/2020 where Nigerian youths who sought safety by hiding behind the Nigerian flags were killed and the tainted flags wet with human blood. 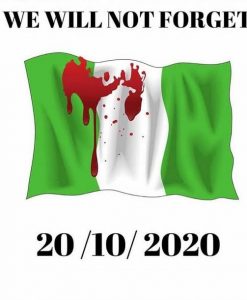 Therefore we can say on good authority, that Peter Obi Campaign, Is unfolding well, in view of the third force that the disinherited and disadvantaged Nigerians had cried for.

The next electoral cycle will be certainly between the Nigerian masses and against the political class that has been so insensitive to the plight of ordinary man. The masses are obviously tired of the Amala and Gbegiri politics that have dominated the political discourse in the Country.

In all, a revolution through the ballot triggered by Peter Obi phenomenon is palpable in the air.