Heaven becomes hell in Iselu L. G. A. of Ebonyi state, as Fulani herdsmen allegedly struck in 3 Ebonyi communities, killing dozens, burning homes, cars and many properties too many to be named here.

In facts, the communities who naturally lived in their farms and dispersed settlements, could hardly form a resistable force when the night maruders struck with dangerous weapons and unleash terror on their victims. 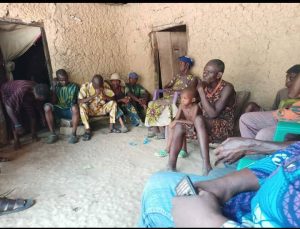 As always, there’s politics on the number of casualties, with police confirming the hacking of six peoples to death, the community figures pegged the confirmed victims at 30; while others said the total number killed is yet to be ascertained.

One thing is certain from all these narratives, the government ; particularly Ebonyi State Government failed woefully in the protection of lives and properties of her indigenes because herdsmen terror is not news  among us in Ebonyi.

Some State Government has taken proactive steps by enacting anti-grazing law, towards checking the criminalities of the herders. But the Ebonyi State Government, particularly the incumbent Governor, Engr. David Umahi has been very friendly to the Fulani interest within the State.

Some alleged that the Governor is doing all that to attract the blessings of the king makers, who have the sole prerogative of making a success or otherwise of political aspirants ; especially those eyeing Abuja.

The South East region is under siege, particularly Ebonyi State where most of the indigenes are predominantly poor; having no viable careers nor craft within which to survive outside being a singing bird to politicians for crumbs of food.

As for the political and rulings classes, that’s where our karma come due, as selfishness becomes a state policy at the expense of common goal.

It has always been my thought that the Biafran Civil War is still ongoing, as many societal fabrics that ought to sustain human societies are dead or at the lowest ebb in the South East Region. It is my view always that a begger can survive elsewhere in the country, but not in south East.

This urgency for survival without recourse to core human values has been our greatest undoing during and after the Biafran Civil War. Most of us have chosen the shameful path of selling our people for porridge of food. Saboteurs, home and abroad, bidding to outsmart one another ; but we can never unite to confront a common enemy such the terrorists that invaded Iselu.

Our source in Ebonyi, a lawyer who does not want his name in print, bemoan the posture of the State Government and the sycophancy culture of the youths who are desperate for survival.

He hinted that the attack might not be unconnected with the alleged killing of two herdsmen in the community in the recent past; calling on the state Government to go beyond politics and find proactive approach towards solving Ebonyi security challenges.

We call on all the relevant agencies, media houses and all responsible citizens to not only rise in condemnation of this palpable evil but ensure that those found culpable are brought to book. A different approach must be adopted since some of our approaches are either in effective or incapable of addressing these challenges.

To all the grieving families who lost lives and limbs, May God heal you all.